She did it! Three gold medals for Kiera! 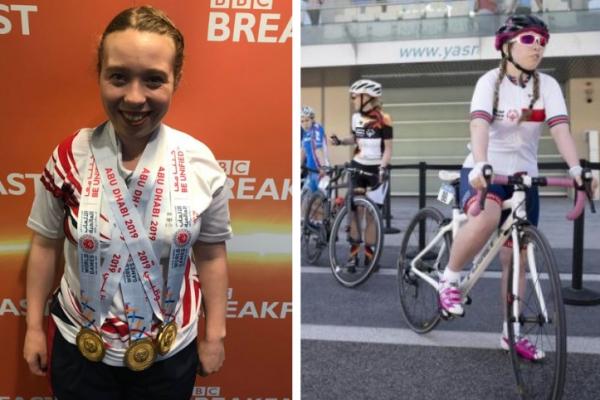 Kiera flew out to Abu Dhabi to represent Team GB in three cycling events: the 10K Time Trial and the 15K and 25K Road Races.

In 2015, Kiera won three gold medals at the Special Olympics in Los Angeles, which means she has equalled the feat of her hero Sir Chris Hoy and Bolton's Jason Kenny.

Prior to travelling to the Special Olympics, Kiera was surprised by tutors and fellow learners with a good luck party, organised by the College’s Curriculum Lead for Sports & Public Services, Mike Bruns.

Kiera's inspiring achievements means that since returning to the UK, she has made numerous appearances on national and regional TV, and has appeared in various newspapers.

Well done Kiera, you are amazing and we are all so very proud of you!