Business student flies out to UN Headquarters in New York! 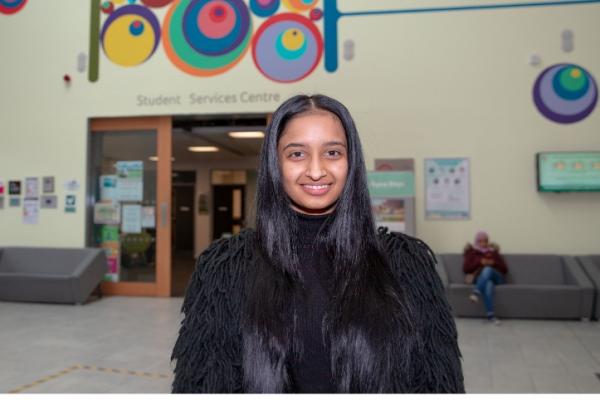 Bolton College student Sophie Din has just returned from a once-in-a-lifetime trip to the United Nations Headquarters in New York.

Sophie, who is studying Business Level 3 at the College, is a member of the National Alliance of Women’s Organisations (NAWO), which fights for women’s and girl’s human rights, and equality between women and men across the world.

Sophie represented a delegation of UK women and men under the age of 25, who are passionate about achieving gender equality. After flying out to New York, Sophie attended three meetings at the Baha’i International Plaza for the ‘Commission on the Status of Women’, which meets annually.

Sophie was inspired by her aunt Shahida Choudhry. Shahida is the representative of Malala Yousafzai, an education advocate who defied the Taliban when she demanded that girls receive an education. She survived an assassination attempt by the Taliban, and continues to speak out on the importance of education. In 2014, she became the youngest Nobel Prize laureate.

Sophie, aged 18, said: “It was a privilege to be invited to attend the Commission and to fly out to New York. My aunt is a huge inspiration to me; she actually launched the campaign calling for Malala to be nominated for the Nobel Peace Prize.

“I had a wonderful time in New York and the meetings were such an eye opener; I met and spoke to so many people who are determined to make a positive difference to the world. I’m so grateful for the opportunity and I will continue to be passionate about gender equality and the empowerment of women and girls.”